Which color should you use?

Projector screens come in all shapes and sizes, but you may not realize that they can vary in color, as well. Screens are available in shades ranging from bright white to very dark gray (sometimes marketed as “black”). Which color should you use?

Unfortunately, there isn’t a cut-and-dry, white-and-gray (or white-and-black) answer; it depends. Many variables including lighting, lighting control and image contrast will impact what color screen is best for you.

To fully unpack this issue, it’s important to understand how projectors work. Modern projectors start with a bright beam of light that is divided into its red, green and blue components. To project a red image on the screen, the red component of the image passes through while the blue and green are blocked. To project a purple image, the red and blue beams pass through while the green is blocked. To project a white image, all three colors can pass, and so on. Interestingly, when a black image is projected, all three components are blocked. Projectors can’t project black – they can only project nothing.

If you plan to use your projector in a room where total darkness is possible, it’s easy for the projector to project “nothing” to represent a black image because the room is black. There is no other illumination in the room to take away from that image. In this scenario, a white screen is your best bet.

To get the full benefits of a white screen, make sure there is no ambient light leaking in from windows. You should also have light control over both the overhead and other ambient lighting (table lamps, etc.). When used in a room with total darkness, a good white screen will reflect the projected image’s colors most accurately. 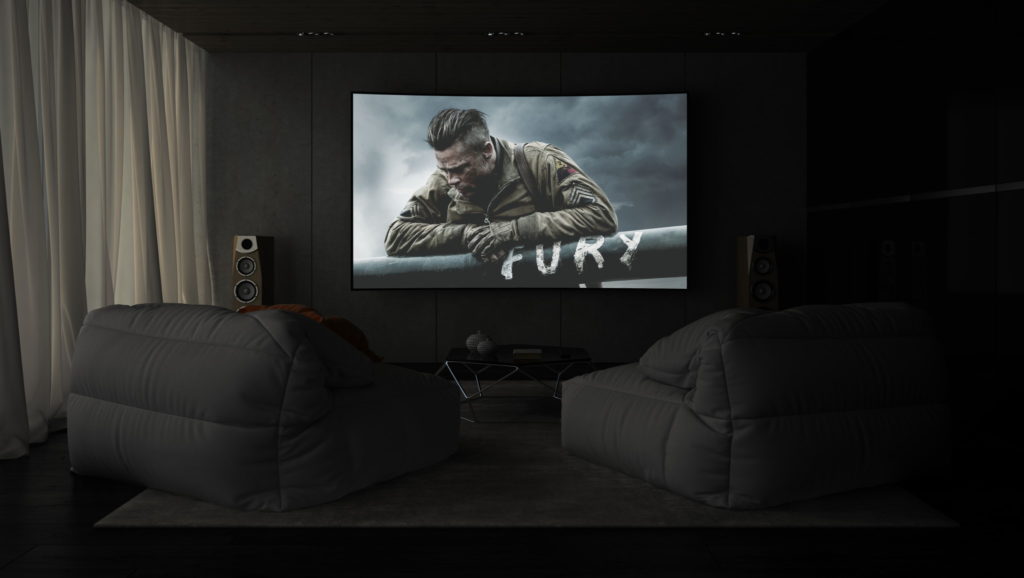 If total darkness is not possible in your space, you will notice that when black images are projected, you see the color of the screen, instead. All the parts of the image you’re trying to project as black or very dark will instead appear as some shade of gray and the image will look washed out. 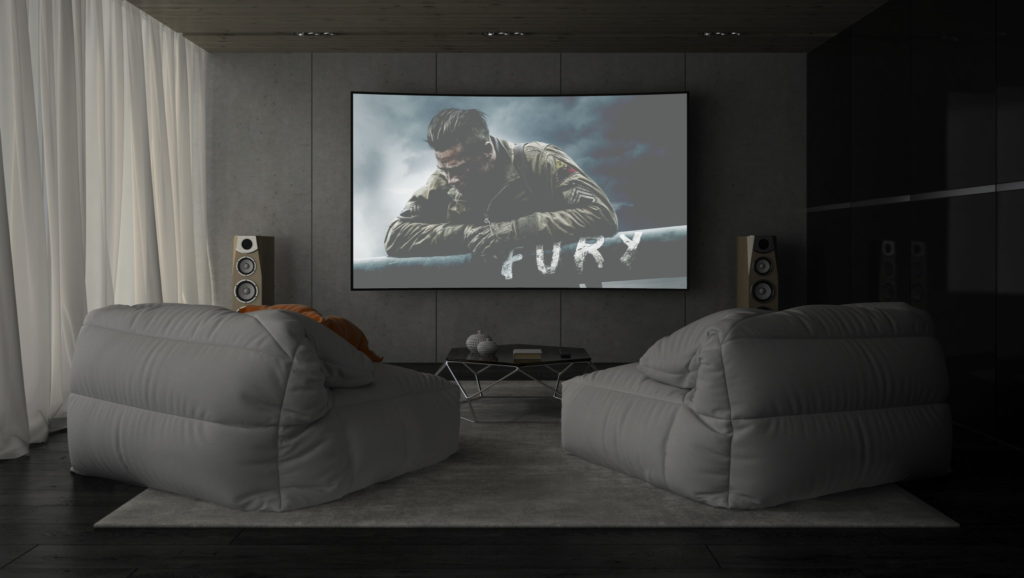 To combat this, many people choose to make the surface of their screen gray. When the screen is gray and there are sources of ambient light near the projected image, the black images will appear a bit closer to black than they would on a white screen. This also enables you to see more details between different shades of dark gray and black instead of those parts of the image looking solid gray. 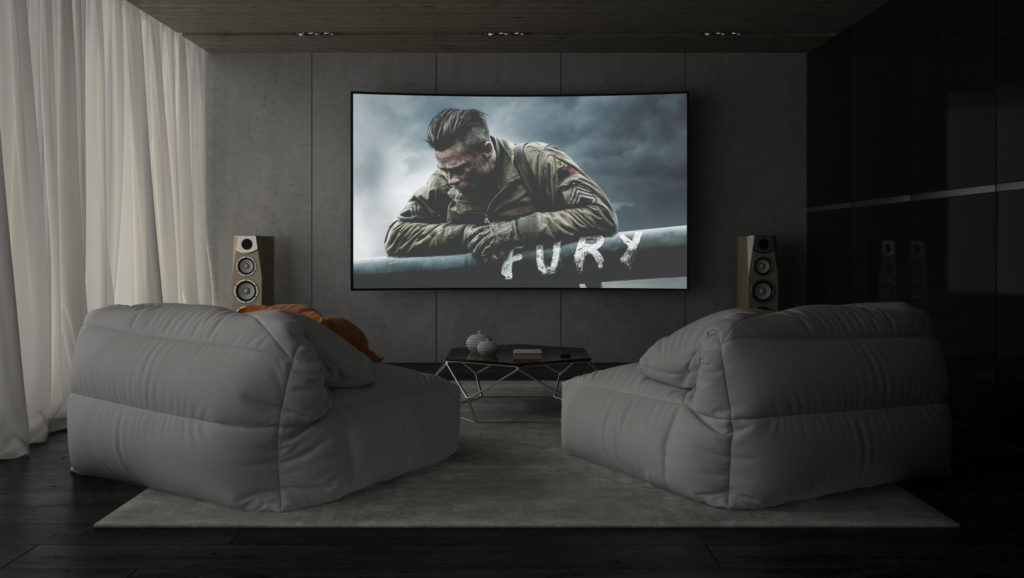 Image contrast is another important variable to consider. Think about a movie like Batman, which is inherently low-contrast. Many scenes take place in dark areas where you’ll want to see the details in the darkness. In this scenario, it’s essential to use a gray screen to see every detail of the image. The darker the screen, the more detail you will see in low-contrast images. On the other hand, if you’re watching something with high-contrast, like a cartoon or sporting event, screen color won’t make a very big impact.

Before you decide which color is best for you, you should know that any surface that isn’t perfectly white, regardless of its application, will change the perceived color of your image. A gray screen is handy for adding contrast to dark areas, but it also adds a hint of gray to bright colors in your image. A brighter projector can combat the darkening of images on a gray screen, and often screens that are darker gray will have a bit of a sheen to keep the images bright.

Consider the area where you plan to use your projector. Is there a lot of ambient light? Can it be eliminated? Do you plan to watch low- or high-contrast movies and shows? No matter what your environment, you can easily enjoy projected images with the right color screen. Consider every variable to ensure that you choose the screen that will work best for you for many years to come.

I cannot be more pleased or grateful for the quick service I received from Carl's place! I had an... 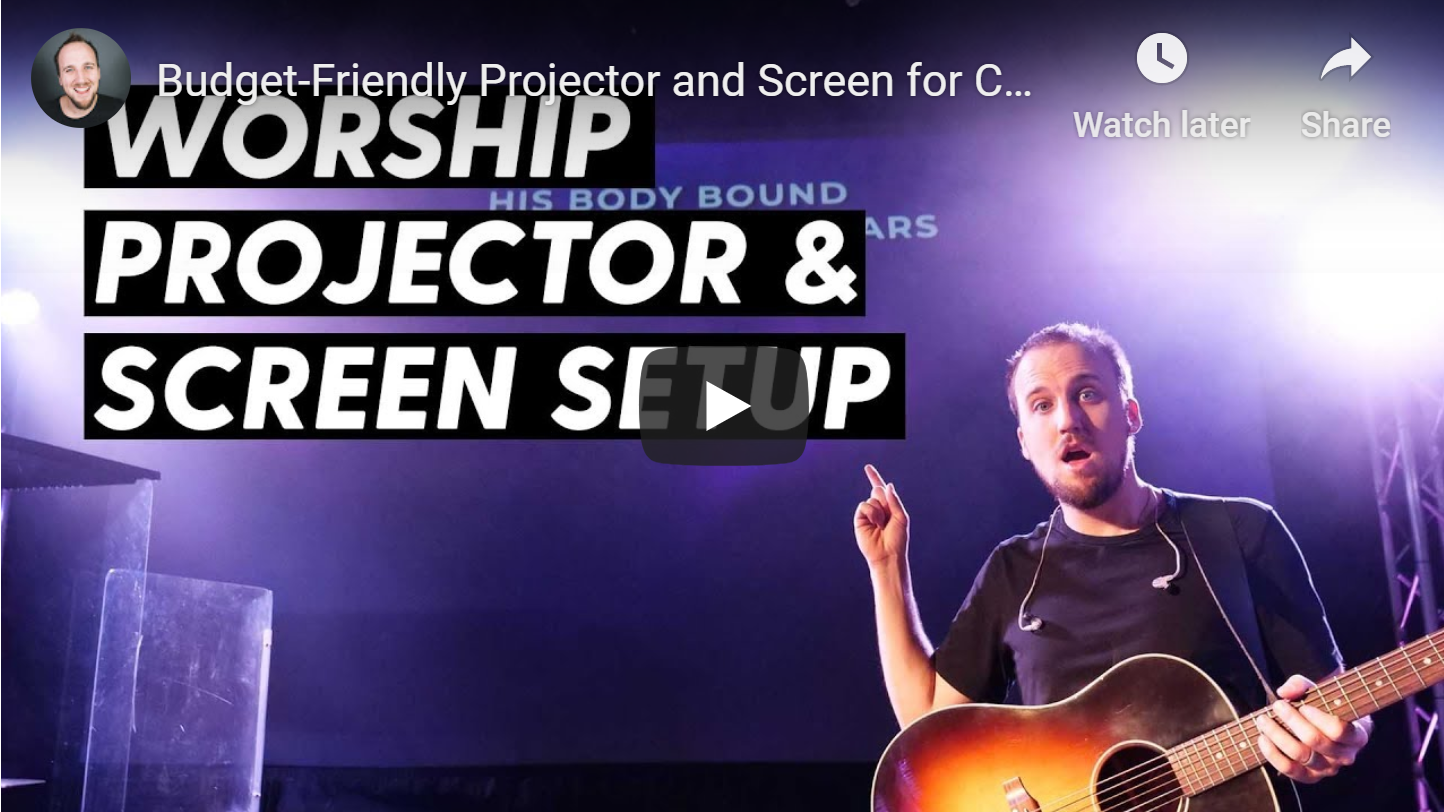 In this video, you are going to learn about a budget-friendly, large, and portable projector and... 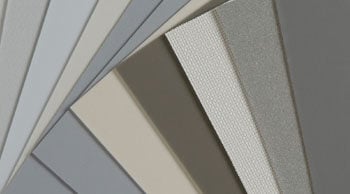 How to Select a Projector Screen Material

You’re ready to build the best projector screen on your block! You’ve come to the right place...