Deciding which projector to buy for your golf simulator setup can be pretty difficult, let alone having to set it up once it is unboxed … similar to deciding where to eat with your significant other, and then not knowing what to get at the restaurant after you finally decide where to go.

A lot of your decision making will depend on what kind of projector – short or standard throw – you purchased. If you bought a short throw projector, it will of course need to be closer to the impact screen. If you determined you had enough space to get a standard projector, you will need more throw distance between the screen and projector.

What To Look For In A Golf Simulator Projector

Ultimately, one of the top goals should be to fill your golf impact screen to the edges with your projected image. This will help your golf simulator enclosure look crisp and clean, and less like you have no clue what you’re doing.

Projectors can be pricey, so finding a spot for them where your club or ball is not going to hit it is important. Not only does a shanked shot feel awful off the club, but it would feel even worse after it destroys your projector.

Where Should I Mount My Golf Simulator Projector?

If you’re busy researching projectors for a golf simulator setup, keep these steps in mind:

How To Set Up A Golf Simulator Projector

Once you have your projector in hand, plug in the power cable and power on the unit. If you can’t figure this first step out, well … you might need to tap into your tech-savvy nephew for some help. The default screen (usually blue) can help you line up your projector and place it in the general vicinity of where it needs to go.

One suggestion is to choose a projector based on the height of your screen; if your projector’s image fills the height of the screen but overflows on the sides, a majority of projectors and computers can help you fix that issue. It is typically easier to shrink a projected image than it is to stretch or enlarge it.

Setting Up A Projector

On a Windows device, right-click on your desktop and click on “display settings.” Under display resolution, you will have a multitude of options; the idea here is to keep the second number the same as what your projector is capable of. If you have a 1080p projector, you will want the second number in the resolution settings to stay at 1080, and then the first number would become smaller to shrink the image’s width down.

If you are using an Apple computer, you can find the resolution settings in system preferences and then click on “displays.”

Now, if you don’t see a number close to what you’re looking for, you might have to set up a custom resolution or you might need to match up your projector’s capabilities and screen size better.

Note that you will want to keep the refresh rate in the display settings as high as possible. If you notice any glitches in the projected image, you might need to lower the refresh rate or change the resolution settings in your golf simulator software.

Most projectors will come with an HDMI (or other visual) cable. Double-check that your projector and computer have the same ports for said cable. After finalizing your projector setting and image, connect the visual cable from the projector to the computer; this is how you will get the computer image to project onto your screen.

Depending on many factors with your projector, such as throw distance, Carl’s Place offers a mount that would attach to one of our pro enclosures. Another factor to keep in mind is if you have a heavy projector, you will need a heavy-duty mount to handle the weight of the projector so the projected image does not shake.

Still confused? Let us know in the comments or reach out! 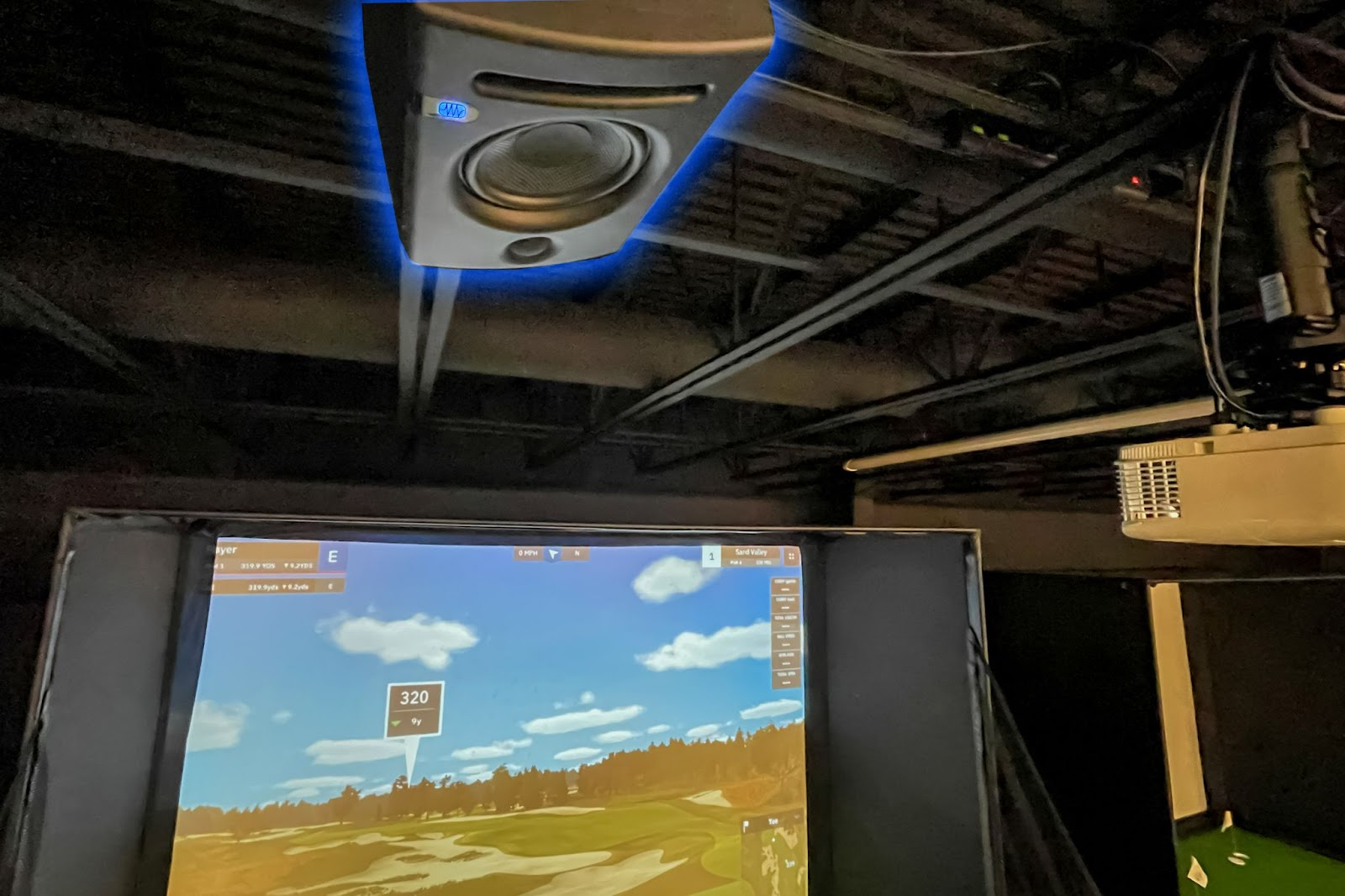 Golf Simulator Speakers: What To Get And Where To Mount Them

Adding speakers to your indoor golf setup helps give you that immersive experience. Here's Carl's... 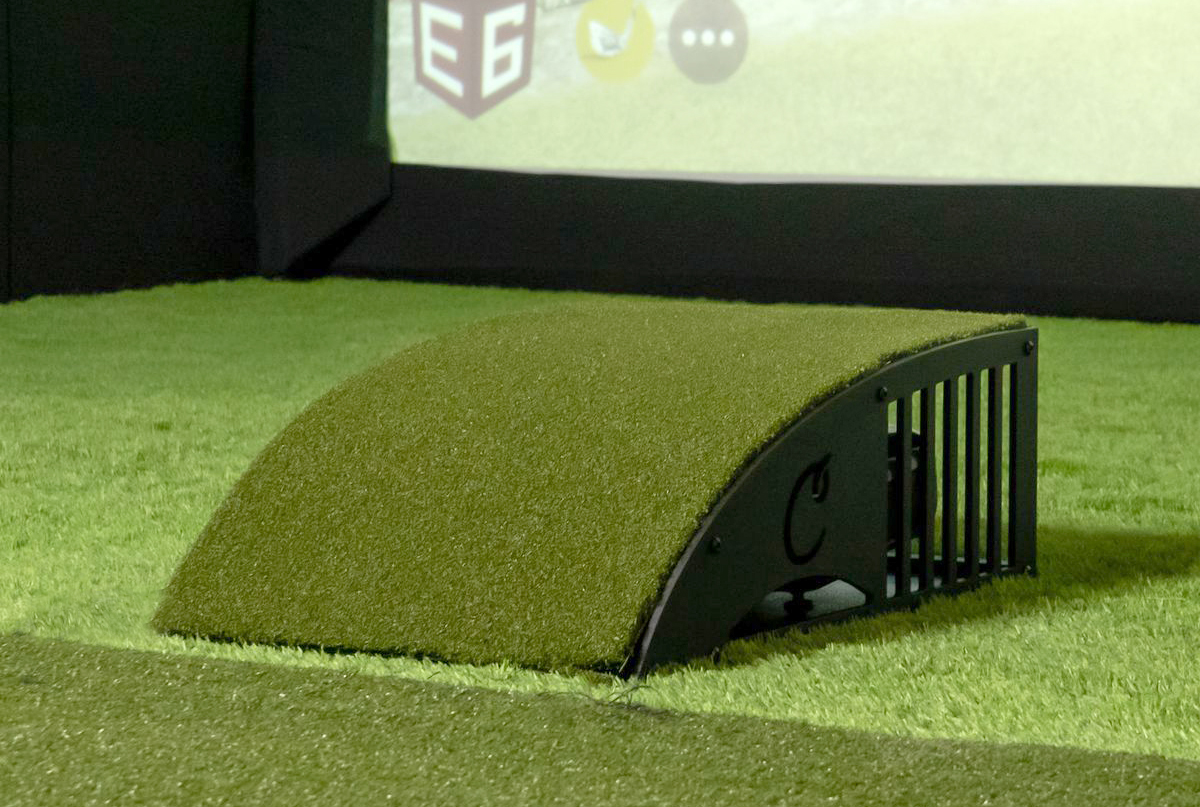 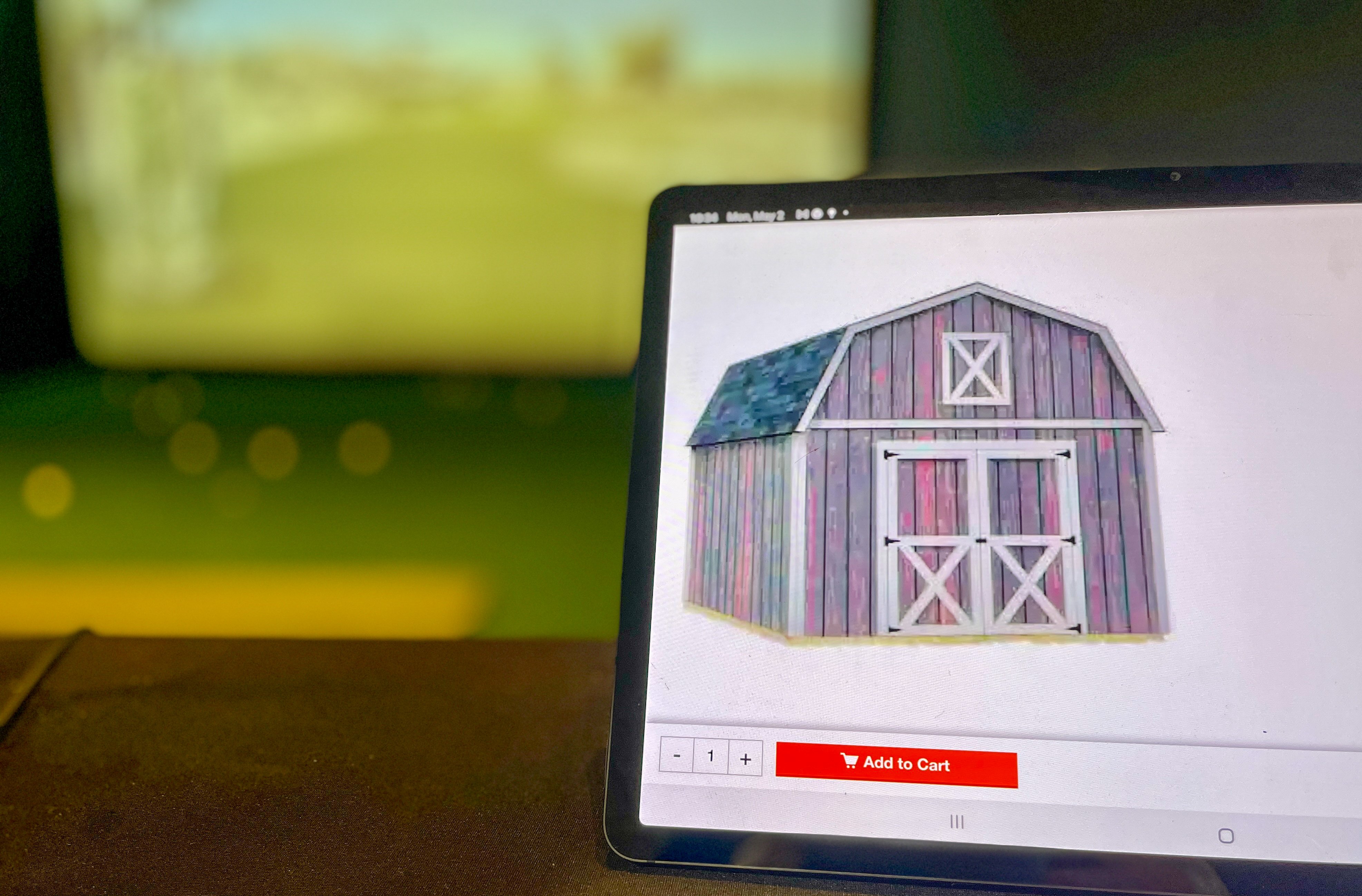 Work on your golf swing. Take a moment to yourself. Create your backyard man cave. All of this is...