Having a hard time convincing your spouse that a golf simulator in your home is a great investment?

“(For a long time) I’ve wanted to put a simulator inside,” DJ said. “I’m married with kids, so it was kind of hard to convince my wife to put a massive thing in our home.”

DJ, who is an Arizona native in his mid-30s, has been golfing for about 10 years. He started golfing at home with a collapsible net and FlightScope Mevo in his backyard. He quickly upgraded to the Mevo+ and then wanted to move it indoors due to the months of hot weather in his home state.

“I would find myself at the PGA store a lot and using their simulator,” DJ said. “I was just like, ‘I gotta get one of these in my house.’ I tried to convince my wife and showed her pictures … a lot of people’s setups just aren’t really a good selling point. They look like dungeons, in some dark room or garage.”

That’s when the lightbulb turned on.

“Why can’t this be something that can appeal to and be fun for families?” DJ wondered. “If it’s done right, you can do it clean and make it multipurpose, making it a theater room so now you’re not wasting a whole room for golf. Now you have this room you can throw movies on or hook up a Nintendo for your kids when they have sleepovers.”

So that’s what he did. Now his wife and kids love it, and he’s even gotten his kids to enjoy golfing in the simulator, and not just watching movies and playing video games.

“In that room, we used to have a pool table and a bar, and then I never really played pool,” DJ said. “People would come over and just kind of sit on the pool table and nobody really did anything. I think it’s better this way because you’re actually moving around and doing something active.”

DJ first tried a golf simulator enclosure kit from another supplier. He liked the idea of having the built-in buffer between the screen and the wall where he anticipated placing the enclosure. But as he was assembling the enclosure, he realized something.

“I had these tent poles that pop together, and they were super flimsy. I got it like halfway put up, and it was already kind of wobbling … I didn’t put the screen on and I was like, ‘This isn’t it, this isn’t what I’m looking for,’” DJ said. “So I had a nook in my house and I know someone said that Carl’s Place can custom make them, but I was worried it was going to be super expensive and take forever.”

“(Zach) was super helpful and top notch,” DJ said. “He was like, ‘Yeah, we can design this. Just tell us exactly what dimensions you want and we’ll get it done for you.’”

DJ ended up with a Carl’s Place custom made DIY golf simulator enclosure and Premium impact screen, while also adding on foam inserts and side nets to protect the enclosure, house and golfer from errant shots. He sourced his own EMT from Home Depot.

It was less than a week and I had the enclosure from Carl’s Place. It was crazy.

“It’s way sturdier, the screen looks nicer. My 11-year-old, she hits it pretty hard, and she’s hit some inside heel shots and put it straight into the net and that thing has caught it. No damage yet.”

“That’s another issue I ran into when I started to assemble the other golf enclosure. Their instructions are … two guys in a video, but they have different length pipes and they don’t show any indication of which ones go in where,” DJ said.

CARL’S TIP: Carl’s Place sells a pipe framing kit for the DIY golf simulator enclosure if you don’t want to source your own EMT.

So far, DJ loves his Premium screen for several reasons, including the ability to adjust the tension with the ball bungees that attach the screen to the frame, and that golf ball impact dents don’t seem to last like they do on other impact screens.

“When I’m all done, I just go up to it and give it little taps around and it’s like perfect again.”

DJ owns both the FlightScope Mevo+ and the Foresight GC2 launch monitor. He said he enjoys both and is impressed with the accuracy of the Mevo+.

“Focusing on spin, launch angle, carry and shot shape … seeing how close they were, I was like, ‘There’s no need for me to spend any more money right now,’” DJ said. “Mevo+ has a lot to offer if you have the space and have it set up correctly.”

I think the design (of the DIY enclosure) is perfect,” DJ said. “It’s like future-proof. If I didn’t add all the safety features on like the side net and foam … all the nuts and bolts are still there for it. Let’s say you just want to get going with a cheaper screen and decide you really like it and are getting into it, and now you have a little more money, you can add the premium screen to it, side nets, things like that.

“It gives the option for someone to get in at entry level and have room for expansion.”

Watch and listen to DJ talk about what he bought from Carl's Place in the video below!

DJ has had his golf simulator more than a year now! Read his 1 year review. 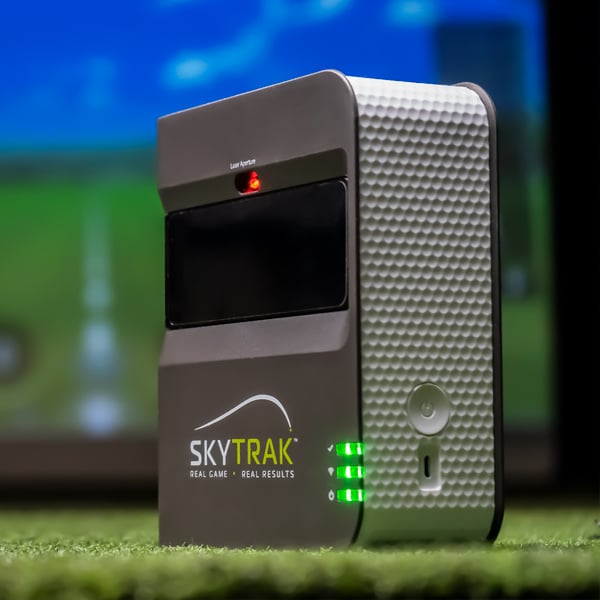 We’re sharing what’s in the box when you purchase a SkyTrak Golf Simulator from Carl’s Place.

We’re sharing what’s in the box when you purchase a FlightScope Mevo+ from Carl’s Place. 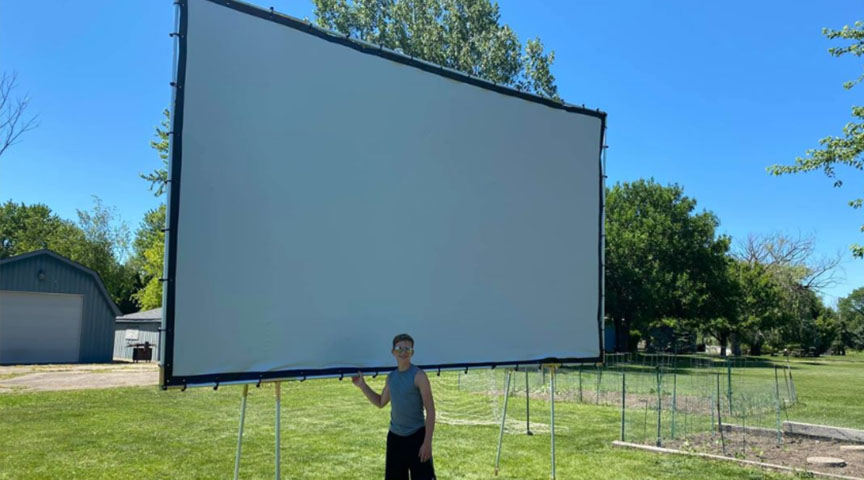 My new screen kit arrived from Carl's Saturday. I bought and cut the piping today and framed. Can't...