Are Titleist Pro V1 RCT balls worth the cost?

Titleist Pro V1 balls are one of the best golf balls available, but what about the new Titleist Pro V1 RCT balls designed for indoor simulators? We tested it.

We’ve had many people ask us if the new Titleist Pro V1 RCT balls truly make a difference for radar launch monitors, so we of course had to put them to the test.

Pro V1 balls from Titleist are already regarded as one of the best golf balls on the market, and they recently released a new version called the RCT, which stands for Radar Capture Technology.

What is the Pro V1 RCT golf ball?

Titleist’s RCT ball is built slightly different to “optimize it for indoor spin capture.” The RCT ball eliminates the need for individual reflective stickers (which can affect accurate readings if the sticker is damaged or misplaced) instead using reflective strips in the outer shell of the ball to more accurately measure readings in indoor simulators.

Why use the Pro V1 RCT ball indoors?

The accuracy of spin numbers can affect other data that your launch monitor and/or golf simulator software puts out, so getting the most accurate spin numbers is important.

Although Titleist’s site says the ball will work best with Trackman launch monitors, we tested it on the two radar-based launch monitors we have at Carl’s Place: the FlightScope Mevo+ and Garmin Approach R10.

But first, we cut open both a regular Pro V1 and the RCT version to check out the difference, which were just some reflective strips that were placed in the outer shell of the ball. Otherwise the core and the rest of the ball seemed to be the exact same. (We know a lot of you are cringing at the fact that we wasted two Pro V1 balls, but we had to see it for ourselves!) 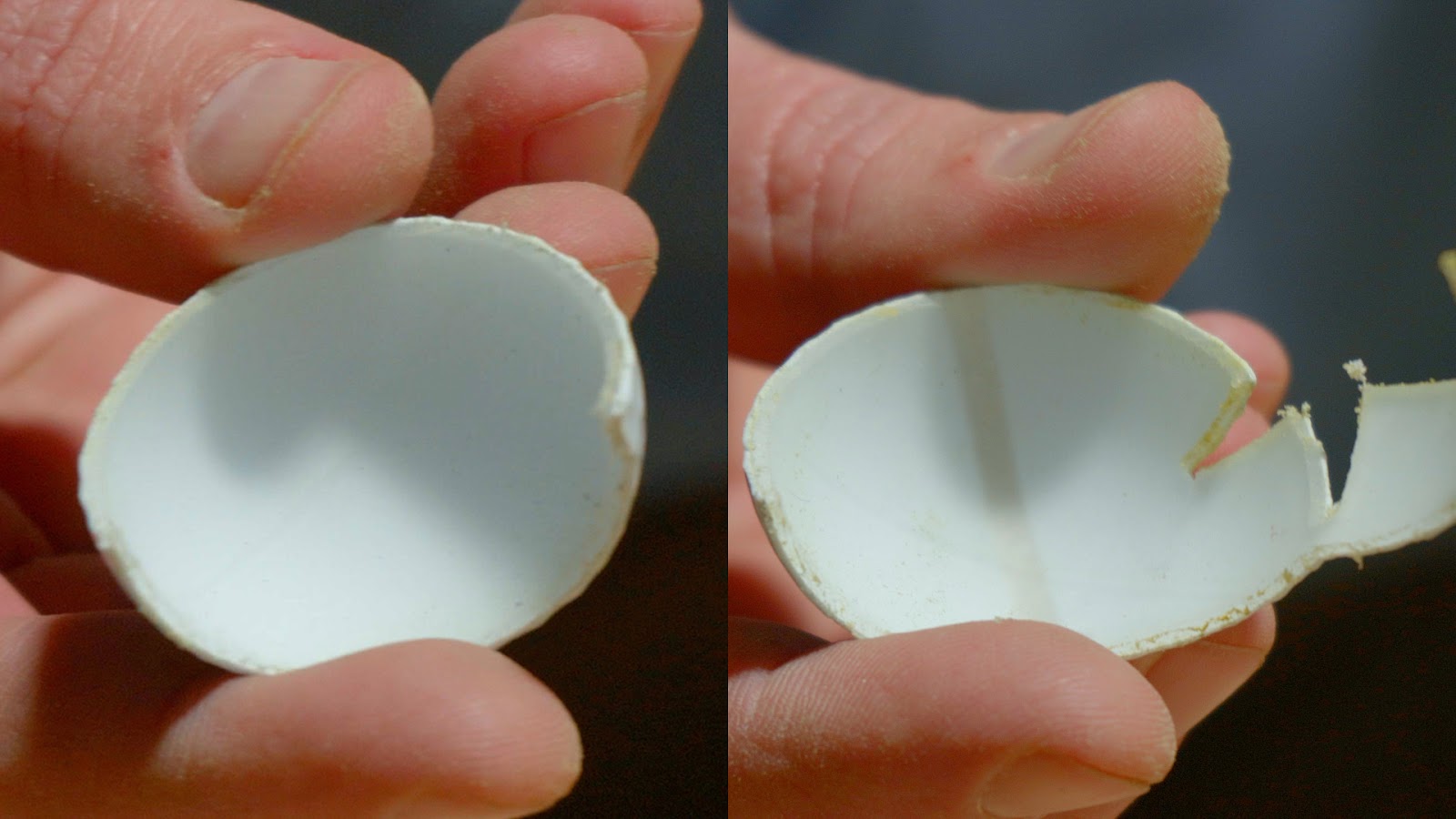 First, we set up our Mevo+ unit exactly how it is supposed to be set up per the owner’s manual and documented the data (carry distance and back spin) using a regular Pro V1 and an RCT ball. Meanwhile, we had a high end overhead launch monitor, the Uneekor EYE XO, running as well so we could compare the data from the Mevo+ to the EYE XO on the same shots.

We then repeated the same test with the Garmin R10.

The Garmin R10 struggled to read the RCT ball and might need a firmware update before we can compare the two balls on this unit. We will explain below why it had trouble.

Using the normal Pro V1 ball with the metallic dot stickers that come with the unit, the Mevo+ was consistently showing carry distance at about 11 yards less than the EYE XO. The back spin numbers were within 250 revolutions per minute on average, with only a couple shots that were significantly different.

Here is the data we captured with the Mevo+ and regular Pro V1 ball and metallic dot stickers.

Out of curiosity, we also did test the Mevo+ with a regular Pro V1 and no metallic sticker, and the back spin numbers definitely worsened (carry numbers were about the same).

With the RCT ball, the Mevo+ was again reading less in carry distance, but the spin numbers ended up being much closer.

Based on our test, the regular Pro V1 with the metallic dot stickers proved to perform the best with the Pro V1 RCT ball not far behind. See the data below.

Next, we tested how the Garmin R10 Launch Monitor performed, and the results were interesting. The Garmin R10 was consistently 10 or so yards less than the EYE XO, and the back spin averaged out similar to the Mevo+, but was more inconsistent overall. Sometimes the Garmin was thousands of revolutions off, and sometimes it was very close.

Overall, with the regular Pro V1, we had similar differences in numbers to the Mevo+. Here’s the data:

The craziest thing about this test we did was trying to use the RCT ball with the Garmin. Out of the 20 shots we took, only three registered on the Garmin R10, and the numbers compared to the EYE XO were not even close.

So, we wondered what was going on. After doing some research, we found out that it might be because of the algorithm the Garmin R10 uses to read the ball and make its calculations. It seemed as though the Garmin, due to the different make of the RCT ball, was not recognizing it as a golf ball, therefore not registering the shot.

At first, it was a bit frustrating, but once we realized what was going on and why, it made more sense. It appears our audience’s early concerns that the new RCT balls may not work with all launch monitors without a firmware update is completely valid.

Are the Pro V1 RCT golf balls worth it?

Pro V1 balls are expensive, and for good reason, coming in at $50 per dozen at the time this was published. Pro V1 RCT balls come in at $65 per dozen, making them one of the most expensive golf balls on the market.

Until the Garmin R10 gets a firmware update, we would not recommend spending the extra money on the RCT balls. If you have a Mevo+, the more accurate spin data might just help you get the peak performance you’re seeking, without spending the big bucks on the Trackman or EYE XO.

Want better data without the splurge? If you’re willing to tinker with the metallic dot stickers that come with the Mevo+, make sure they’re placed right and don’t fall off, the stickers seem to do the same thing that the reflective strip in the RCT ball does. If you don’t want to worry about the stickers falling off, then you’ll likely want to pay the extra money for RCT balls.

Just a reminder: everybody has a different golf simulator setup, and radar launch monitors can act differently in different setups. This was our test, and someone else’s test might end with different results. If you have done a similar test with the Mevo+ or Garmin R10 (or other radar based launch monitors like the Trackman), feel free to let us know! We’re curious to see how yours turned out! 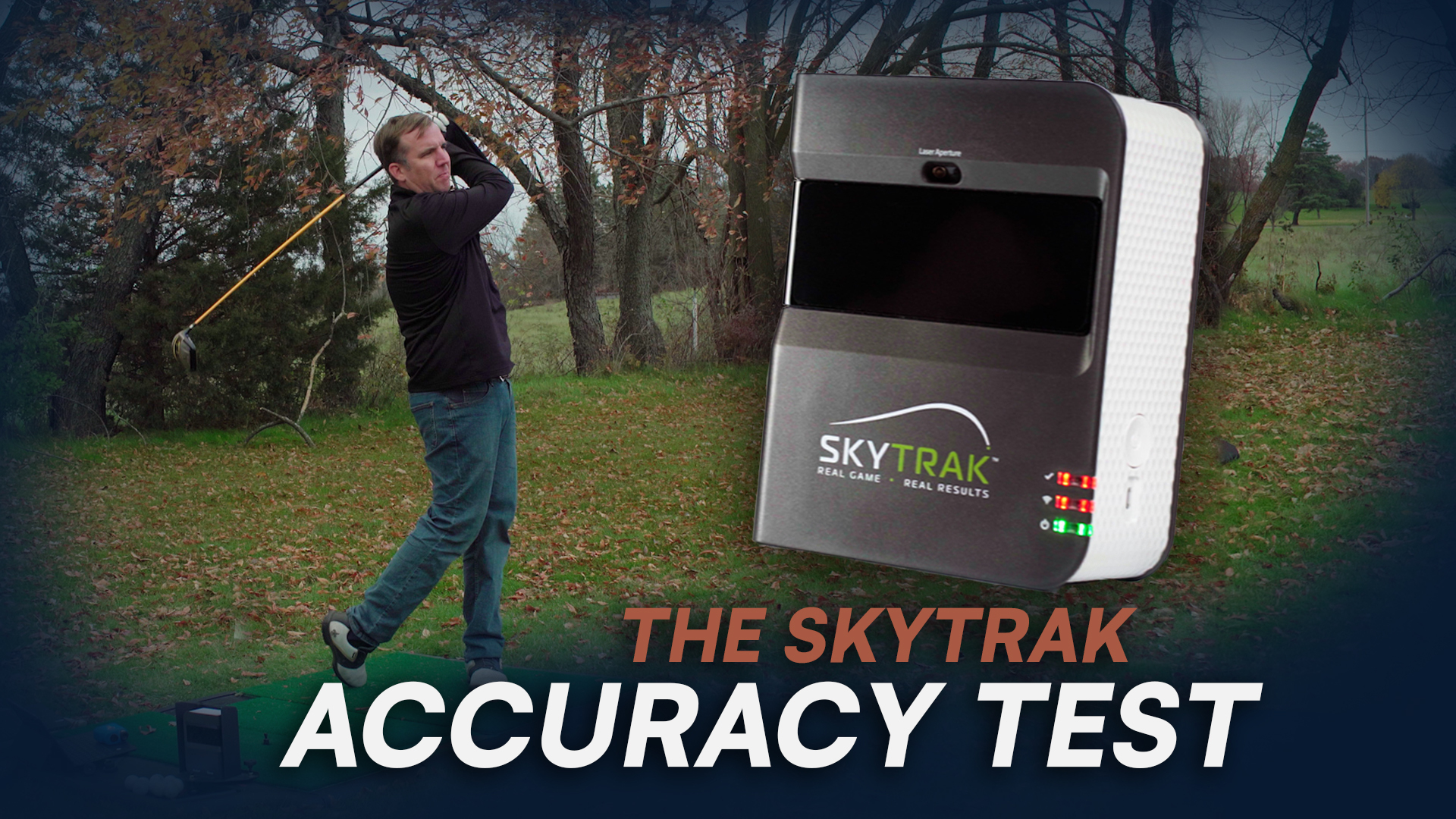 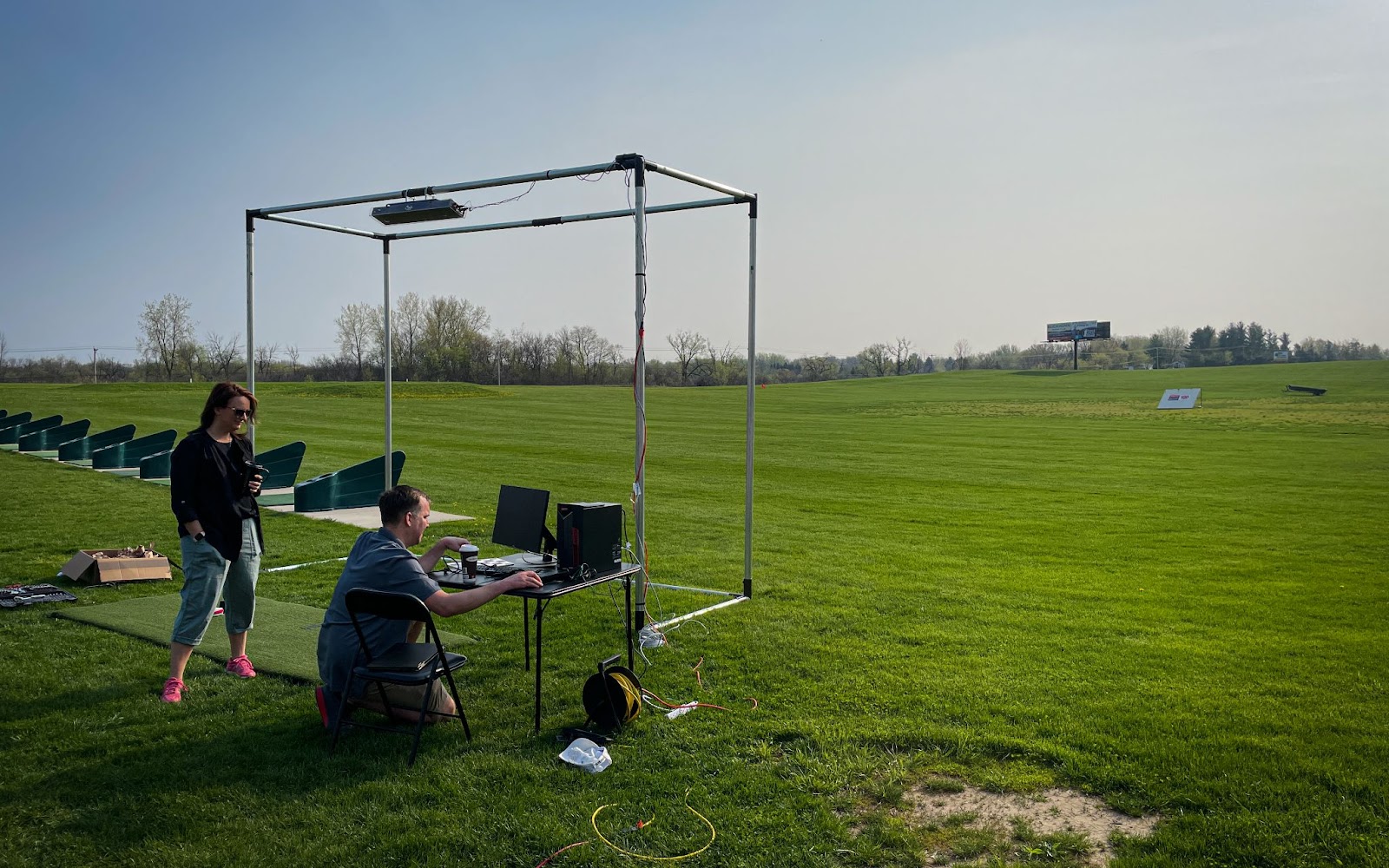 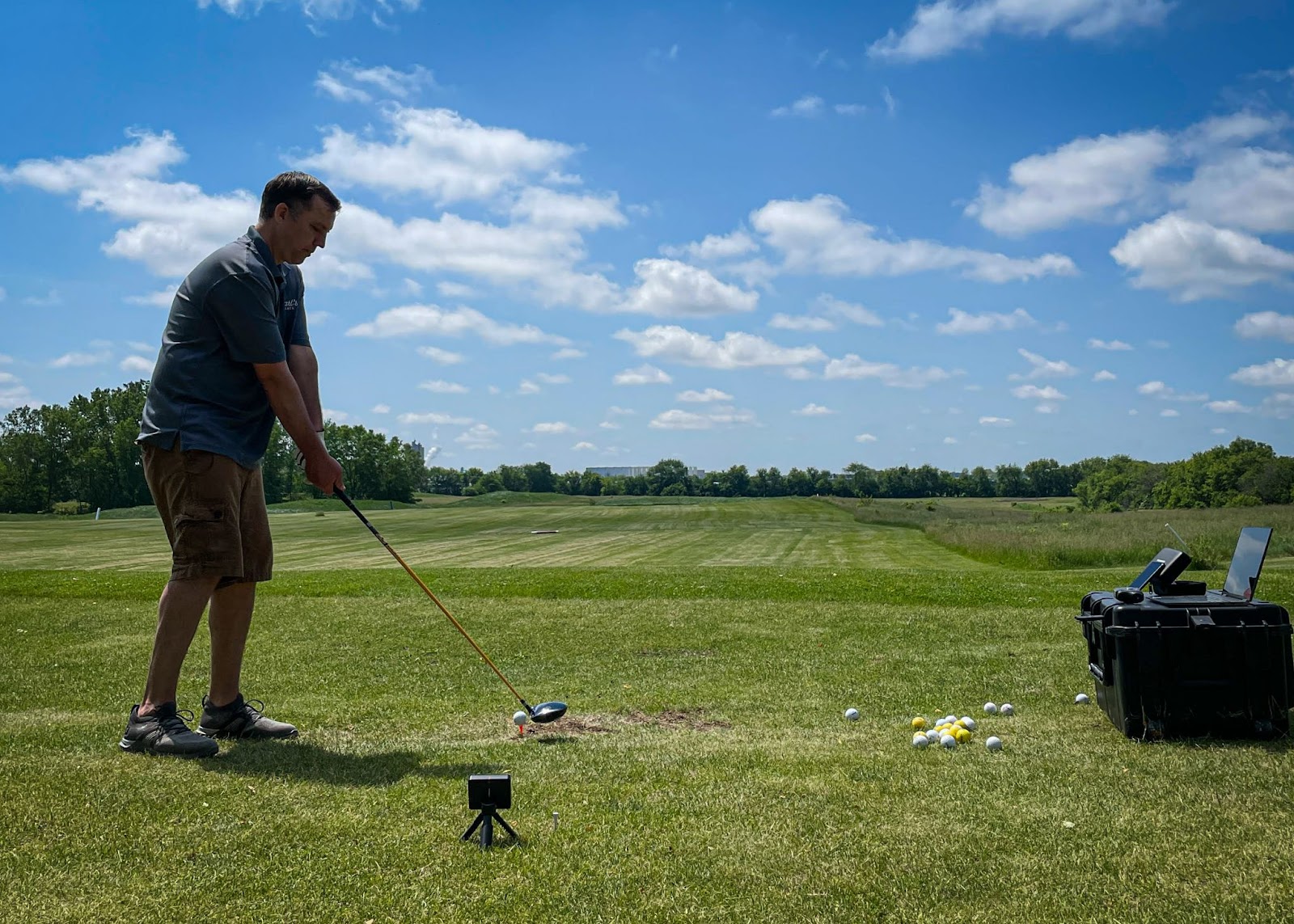 The Garmin R10 is a budget friendly golf simulator launch monitor, but is it accurate? We did a...