2022 March Madness Watch Party - How To Make It Big

If you already have a golf simulator, you have the potential to host an epic March Madness party. Transform that big screen before the tournament starts.

In 2020, the NCAA basketball tournaments were canceled, and in 2021, only some fans were allowed to watch in person.

It’s now 2022, and many COVID-19 restrictions have been lifted. Fans will be fully allowed back in the stands at this year’s NCAA basketball tournaments, helping them get back to what we remember as the real March Madness!

That said, if you’re not able to check out any of the games in person, or maybe you’re still hesitant to head out to a crowded public place like a bar, it’s always fun to host a party. And since gatherings were somewhat limited the last couple of years, now is a great time to go all out for that March Madness party.

Check out some of our ideas on the best way to host a March Madness party below.

The madness begins during the conference tournaments, but the true madness for the men’s college basketball season starts on March 13 when conference championship games wrap up and the Selection Show airs. We all find out if our favorite teams make it into the tournament, and if so, what seed they will be and who they will play. We can hear the collective complaints about seeds already…

First and second round games will be played in Buffalo, Indianapolis, Fort Worth, Portland (Ore.), Greenville (S.C.), Milwaukee, Pittsburgh, and San Diego.

Once they get narrowed down to the Final Four, they will play the national semifinals on April 2, with the championship being played on April 4. Both rounds will be in New Orleans.

Is the NCAA Women’s Tournament more your thing? Check out the schedule.

HOW TO WATCH MARCH MADNESS

Otherwise, most main cable, satellite and streaming options, such as DirecTV, Spectrum, Dish, YouTube TV, Hulu Live, and so on, will have access to TNT, TBS and TruTV. Double check your provider’s lineup to make sure you get all of them.

You might be planning to watch the tournament on a tiny TV, but we suggest you look into a home theater setup from Carl’s Place. Big games need big screens! You won’t be disappointed.

Also, it’s possible to use a golf simulator as a home theater. More on that below.

CARL’S TIP: In the early rounds of the tournament, when there are up to four games going at the same time, it’s much easier to watch multiple games on the same screen when you have a larger projector screen to use. For example, if you use a streaming service like YouTube TV, you could open four different browser windows and play each game in a quarter of the screen. It would be epic! 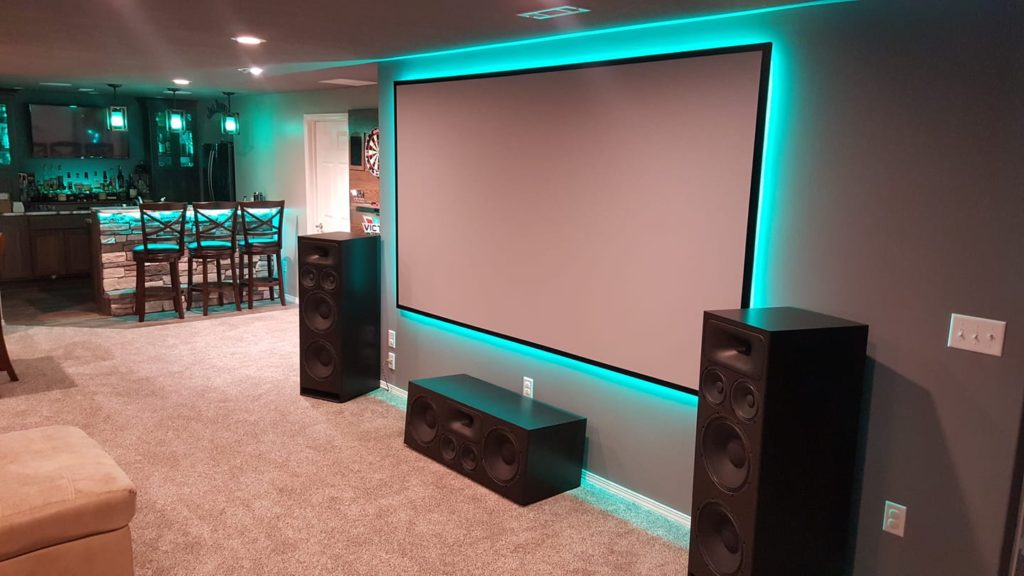 If you already have a golf simulator, you have the potential to host a legendary March Madness party. If you don’t, get your golf simulator and home theater before next year’s tournament, or Super Bowl, or other big watch-party event, so you can be that cool host!

Live on the East Coast or in the central time zone? Have some friends over for a morning round of golf before the basketball games start. If you live in the mountain time zone or on the West Coast, it might be tough to squeeze in a morning round before the games start, so maybe look toward having a late evening or night round.

Or, maybe you and your friends like to multi-task. Did you know it’s possible to play golf and watch games on your impact screen at the same time?

No matter what your preference is, a golf simulator, especially with an impact screen and enclosure from Carl’s Place, is a great place to play and watch games. Add one of our high quality projectors to your setup and you won’t be disappointed. 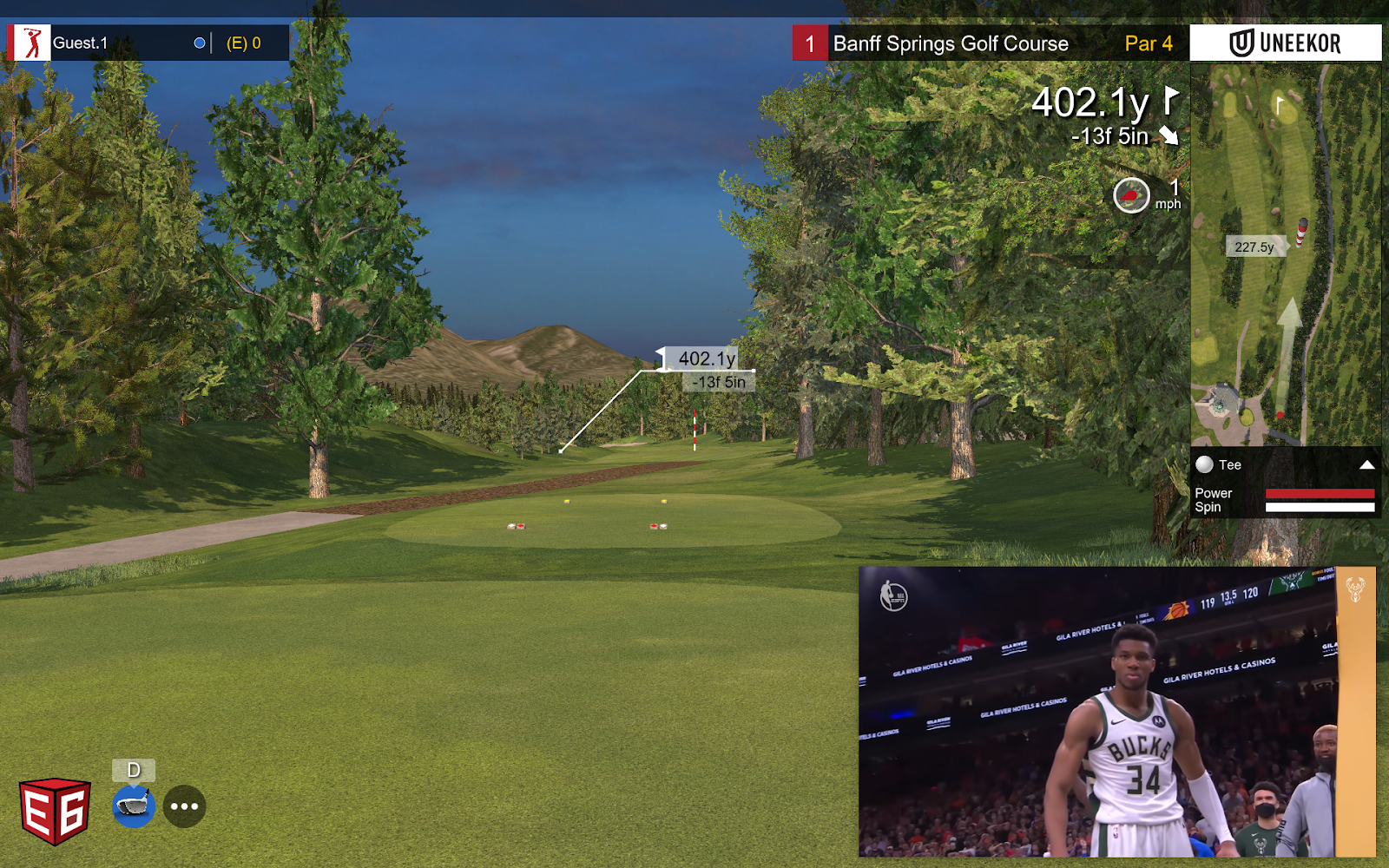 From March Madness drinking games, to games where you can win money (some might call them gambling games and sports betting is becoming more and more popular), there is plenty of additional fun to have this month.

CARL’S TIP: Keep it legal and safe! We encourage fun, but are not responsible for how much fun you have.

Of course, you can always fill out a tournament bracket. With the parity in today’s game, it is much more difficult to fill out a bracket that does well against other brackets, but the playing field is level. A few years ago, a 16 seed beat a 1 seed for the first time. You never know what’s going to happen and most of it ends up being luck anyways.

Make your brackets more fun with creative names, such as Brack Attack or March Sadness. Now, if basketball takes a close second to your love of golf, and you’re watching March Madness on your golf simulator screen, go for names like Final Fore!, Carl Told Me To, Par for the Court, or Sweet Eighteen.

But, if filling out a bracket is too stressful for you and will just make you angry in the long run, then join a March Madness squares game. Check out Run Your Pool to see how this would exactly work. Some nice things about this game: each and every basketball game matters all the way through the end of the tournament, and you cheer for final scores and not specific teams. 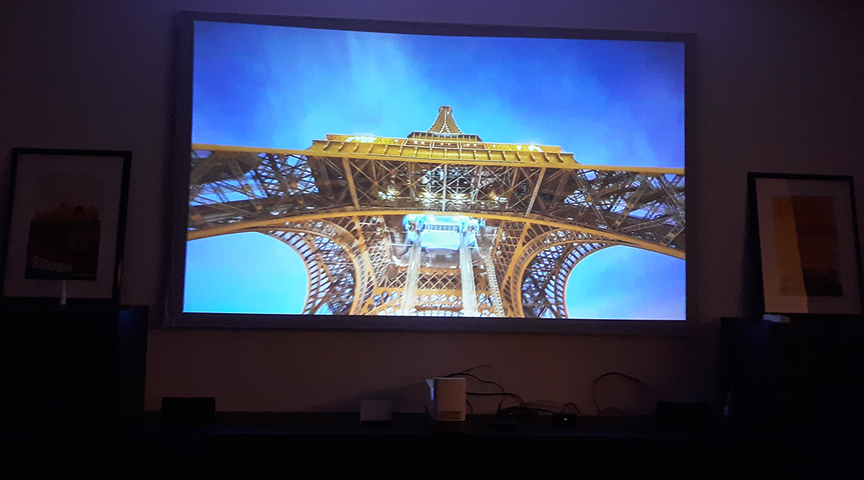 I am very happy with the results. The price point makes it possible for someone like me to have a...

Just wanted to say, I love your screen material. I have purchased from you a couple of times and... 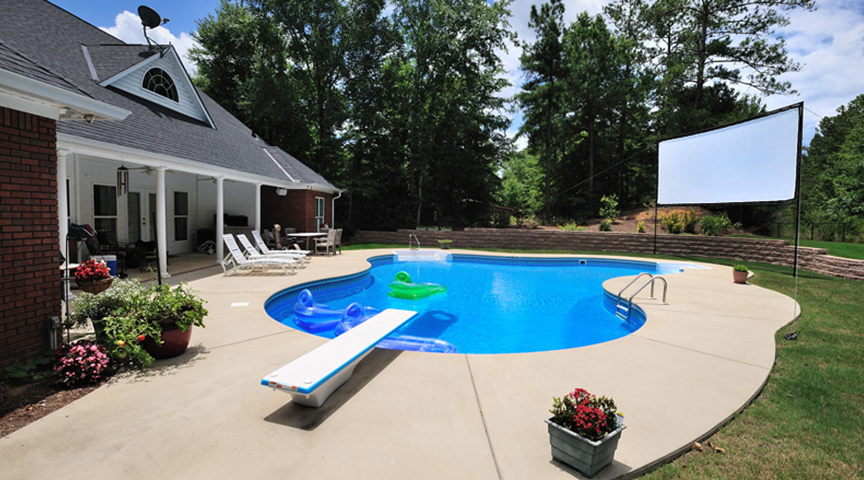 Thanks for making this great screen. My family have really enjoyed watching movies in the back...